Sex on the Beach 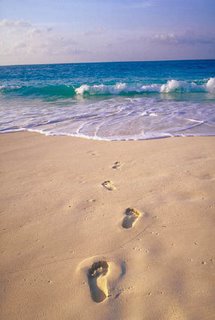 
The conversations in the novel are starting to get highly dangerous, and sexually charged. I think Kat is heading for trouble:

Alex places our drinks on the table.

"Sex on the beach, ma’am, just as you ordered."

He sits next to me, and takes a sip of his beer.

"So have you?" I ask, my curiosity getting the better of me.

Ted almost chokes on his mouthful of beer, but Alex just grins.

"Kat, I grew up near the beach. Of course, I’ve done the sex on the beach thing."

He puts his hand on my knee. "Don't worry, Kat. Stick to the cocktail. Having sex on the beach is not something you need to add to your list."

He's probably right. But the trouble is all the sex I've had, which has mostly been with Stu, has been boring mundane, missionary style, in-the-bedroom sex. I haven't had a kitchen sink or kitchen table encounter. Maybe I should put one unusual sexual encounter on my list. I just didn’t have any suitable candidates to fulfill the other role. And my new toy didn’t count.

"What about you, Ted? Do you agree with Alex?"

Ted looks at me nervously. I don't think he likes me putting him on the spot like this. Hell, for all I know the man could be gay. He hasn't mentioned a girlfriend or a wife, or any sort of significant other. Maybe he's celibate.

"Do you think I should put sex on the beach on my list or not?"

"No, I reckon Alex is right. It's definitely over-rated. Plenty of other places you could do it."

"Come on, Kat! Use your imagination."

But that's just the problem. I am using my imagination. And everything I think about in my head, involves me and Alex. Not Stu. Not any other man. Not even a complete stranger. Just me and Alex. But I can't think like that. Alex is a married man. And it's not like Deb is a stranger in a foreign land. Well, she is. But she's not someone I can just push out of my mind, pretend that she doesn't exist. Because I've spoken to her. She does exist. And she loves Alex very much.

I shake my head. "I'm afraid my imagination isn't working very well at the moment. Probably because of the fact that I've only had vanilla sex. In the bed, maybe early on, in a car. But mostly just conventional, conservative sex."

"So, I'm open to suggestions, gentlemen. You've ruled out the beach," I hold my drink aloft, and realize that the alcohol is making me bold. I really shouldn't drink during the day. I've still got to get through the show tonight. "So what other options are there?"
Posted by Diane at 5:02 PM

half way there keep at it. writing is so much fun!

I don't know why my quotation marks changed to TM's etc when I changed the blog template!!