A fling or a marriage: the writer's choice

At lunchtime on Friday, a woman walked past me, arguing on her mobile phone. I started thinking about how we're all supposed to be in instant contact with each other now, at the end of a text message, if not at the end of a conversation. I watch my call centre colleagues walk out the door and immediately turn on their mobile phone and I wonder why. My mobile phone stays in my bag usually switched off. I spend enough time on the phone at work, I don't want to spend my lunch time on the phone. I I don't want to be so easily reached. Doesn't anyone appreciate solitude anymore? 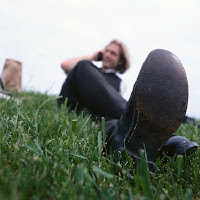 My brain started buzzing and the idea for a short story started to flit around my head. I could feel those endorphins being released as the idea became stronger, and I'm allowing it to keep flitting around like a moth trapped in a jar, until it's ready to appear as a short story. I'm thinking it will be sci-fi, which will be a completely new experience for me. I haven't written a sci fi story since I was 12.

I have less than 3 weeks to write this story. Nambucca Valley Writers Group's annual writing competition is on again and the deadline is screaming towards me.

I don't write short stories very often. I wrote Beyond Happily Ever After twelve months ago which won 2nd prize in the Mid North Coast Writers short story comp, but have not written any shorts since then. There's a big difference between writing short stories and novels. The writing is much more precise, there is no time for ramble and there is not much character development. A short story is almost a moment in time. A slice of life. It doesn't explore a character over a period of time.

But I think writing a short story is like having a fling. You can flirt with different possibilities, you can try things that you would never commit to in a longer piece because - 'we're only going to be together for 3000 words' and you can fall in love and live in those lustful, first stages of love.

There is no commitment because you're in and out of there in 3000 words. Writing is fast, editing is fast. A couple of weeks (or less) and you can move onto the next idea.
Writing a novel is like getting married. It's a big commitment. You not only have to be in lust with your characters, you have to have a deeper love for them, a love that will sustain you through the ups and downs of the author-character relationship while they laugh with you, talk with you and often betray you. You've got to be in it for the long haul and prepared to live with these people for a long time. 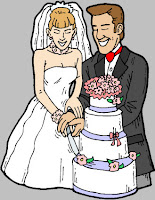 I never used to be into commitment. More than a decade ago, I would have described myself as a serial monogamist. In love with being in love. Chasing the thrill of the first passion. But that changed when I met my partner.

So it is interesting that in my writing I choose the commitment. I choose situations that are going to hang around for a long time and characters that I want to spend a lot of time with. And when I reach the end of a novel, I find it hard to let go. Because they've become like friends. And why not? I've spent so much time with them.

So my question to you is:

As a reader or a writer, what is your preference?
Novels or short stories? 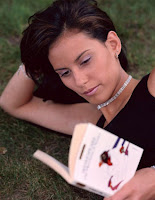 Hi, Diane,
Great question! I dislike short stories, because, I guess, I'm a relationship guy (married these 37-1/2 years). The longer the novel, the better (most 19th century Russians excluded, sorry). Short stories leave me cold for the reasons you use, if it's a good premise, and interesting characters, why wouldn't I want to know more (everything!) about them?
Thanks!
--mudge

Hi Dianne,
I've decided tonight, err today, this morning or what ever to take some time to chatch up woth you girls. Well a few of you today or what ever it is at 1am in the morning. (Well that made no sense of corse its morning if its am. Never mind.)

So on to your question. Me I like novels. I love getting in there for the long haul. Take time to get to know the characters. That's both with my writing and reading. I wrote a short story, fell in love with the characters and I'm now going to expand it into a novel. ALthough I did enjoy writing the short story first. It gave me a grounding. Maybe thats what I should do with some of my work. Write a short story first, which is really like a plan isn't it? God my brain is mush, migraines are not nice things and three in two weeks is ever worse. I don't think I've had time for my brain to re-ajust. Well thats MY excuse and I'm sticking to it.

Well I've rambled quite long enough on your blog, so I'm off. See you on FaceBook. Lovin' your story. Just what is Grace going to do with those wet lips and how will Simon feel? Hmmm. I'll work on that.

Interesting reading. I'm hopeless at shorts but love reading them. Perhaps I should try again me thinks...