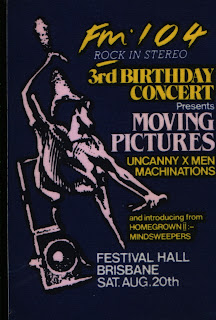 77,174 words and its time to call it a night even though I've just commenced a new scene. Something to be going on with tomorrow.

I've been avoiding this section for a while now because it's the part where Kat's husband comes back into her life. I hadn't planned for that to happen - but she was dropped back home after the north leg of the band's tour to discover the lawn overgrown, dirty dishes in the sink, laundry piling up and her hubby drinking and watching football, six weeks after his disappearing act. He's taken her out to dinner at the pub now (because that's his idea of a good night out) and she is SO NOT impressed. Kat's not happy that he's decided to make another appearance just when she's finding herself, and I'm not too happy either because I have to write out their conflict.
Anyway, it's after midnight. I've sketched out the next few scenes earlier today (yesterday?) so I will be able to pick it up easily on Day 9.
It's interesting that the scenes can work so well in your head while you are daydreaming about them, but as soon as you sit down to commit them to the page, that beautiful phrasing, that perfect wording has vanished. And you just have to keep writing until you find it again
And then you finish a scene, and later as you're cooking dinner, the perfect line for that conversation will sail through your mind, and you have to capture it, and hold it until you can get back to the draft to write it down.
In the end, it's all about the rewriting. The replaying of the scenes over and over in your mind until they solidify like an actor's performance and take on a life of their own.
Now I'm just rambling. I hope sleep comes quickly and my characters don't keep me awake all night!
Posted by Diane at 12:01 AM

Diane you are going great guns with this story. Hope you have a great weekend.
Hugs
Sandie