As you know, I've been fairy obsessed with the Twilight series by Stephenie Meyer over the last few weeks. I've now read the whole series and have read the first book Twilight twice. And I'm sure it's not going to end there. 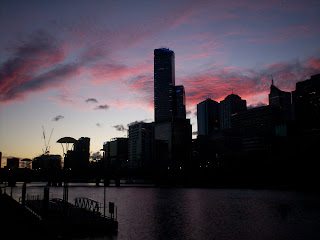 Before I left for Melbourne, I packed my bat wings, 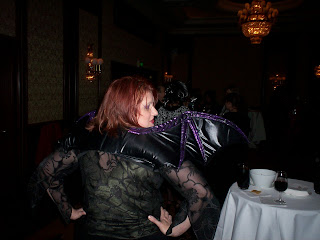 and I figured if I was going to find Edward Cullen anywhere, it would be Melbourne - often overcast and raining, full of dark brooding figures in black.
And all that Gothic architecture. 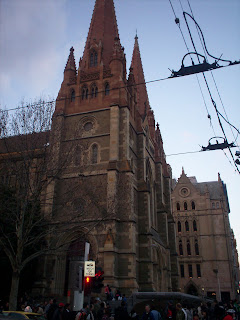 If he needed a holiday anywhere away from Forks but offering the same type of weather patterns, then Melbourne would be perfect. Not much chance of sparkling in the sunshine there. 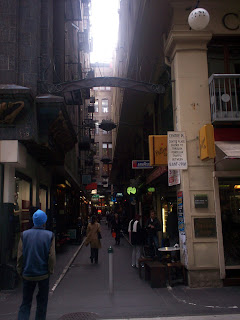 It seems I wasn't the only one looking: 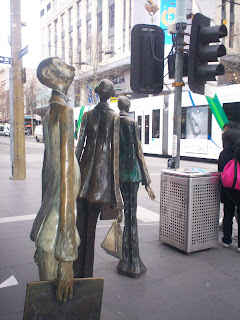 When I spotted these signs on the drive to the hotel on the first day, I knew I must be onto something. With such first class facilities available, Edward wouldn't even need to hunt. He'd just make a withdrawal. So on my last day to Melbourne, I went back there. But alas, it looks like Edward was still in Forks. Might have something to do with the fact that the sun was actually shining that morning. 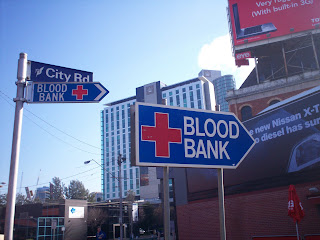 Great pix!!
Looks like you had the normal 'great' Melbourne weather. LOL
RC