Hanging out at the carnival 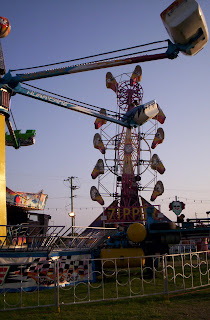 I had a few hours to kill in town the other night so I wandered down to the Jetty and took some photos of the Carnival. 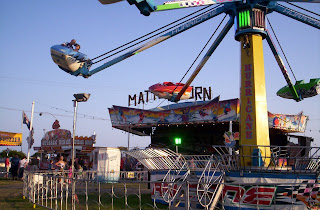 I've never been one for wild rides, but it was interesting watching other people on the rides. The expressions change as the ride moved faster or in an unexpected direction. 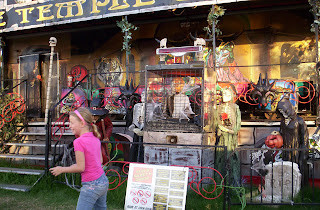 In this photo on the left hand side, the monster's hand is between the two exit doors. He kept poking his head out to entice the kids to enter The Temple of Doom. It was great watching the little's kids faces when they came out of the ride. So many young kids I noticed at the carnival were covering their ears, blocking out the loud music and loudspeakers. And I've noticed this reaction with young kids in my own family. So I wonder when they reach the point that loud noise is suddenly okay for their eardrums, and they stick earphones right in their ear, and turn the music up to '11'. 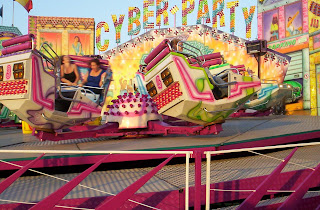 Diary of the Future is now uploaded to lulu.com so I can have a copy to stick on my bookshelf and inspire me to finish the editing and send it to a publisher. The editing isn't done as yet. So much other stuff going on, including training for the new role at work -which I'm going to love. But I managed a copy edit so there should at least be no typo's left in the book. Things like typing 'head in his pocket' instead of 'hand in his pocket' and 'chickout check' instead of 'check out chick.' I still want to rewrite the beginning of the story to change how Nicky acquires the diary. 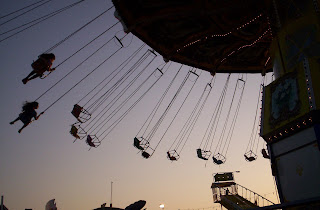 It took until 2.30 in the morning to upload it all to lulu.com - I probably should not have converted the document to a PDF myself, because it kept reformating it to a larger size, meaning the text was going to be smaller when I changed it back on the lulu site to novel size. And then the cover took 20 minutes to upload by itself. Meanwhile, my eyes were falling out of my head, and I was wondering how I was going to function at work the next day. But I perservered and went to bed at 2.30am, knowing it was done. 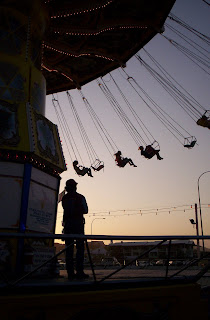 I've been receiving great feedback on the Cinderella story, so I'm pumping it up with another 1200 words to bring it to the 3000 word minimum for a major short story comp which is closing at the beginning of February. Cinderella now has a major shoe fetish - wonder where she developed that?
We watched Candy last night with Heath Ledger and Abbie Cornish. It was interesting seeing the movie after hearing Luke Davies talking about it at the Byron Bay Writers Festival. And I can't imagine how long it took to set up the scene where Candy writes her story all over the walls of the house.
I'm also catching up with the second season of Love My Way. But today I need to do some writing/editing.
Why do the weekends go so fast?
Posted by Diane at 8:57 AM

I wondered if you'd managed to upload to Lulu! In order to have Adobe create an e-book size PDF, you need to create a 6"x9" print job in Acrobat Distiller first. It's a PITA but if you do it once, it works like a charm each time. I can find the info if you need it ... you could also just crop the pages down (in Acrobat under the Format menu, I think, is the option to crop pages). I did that at first until I remember I had to create the print option.

I'm glad you got it in time :) I hope you like the semi-finished product!

Good luck with your novel and with all your writing.