Years ago, it seemed like it was only a crazy dream. Me? A published author? Sure I'd strung a play or two together and seen them performed, but aside from the very trashy novel that I wrote when I was 15, I hadn't written a complete novel. That was the first step.

And five complete first drafts of different novel-length stories, I call myself a yet-to-be-published writer. (I can't count the group anthologies). But there's a bit more involved in becoming published, and there's that big hurdle called submission. I've submitted to contests and magazines but have yet to put myself completely out there by submitting to a real live publisher. It's almost time.
For many years now, I have been hanging out in writing communities - online and in real life. And watching other people's success has inspired me and provided me with the perserverance to keep at this strange world of publishing.

First: Marley Gibson. I met Marley online in around 2000 or 2001 when we were both hanging out at Red Dress Ink and writing chick lit. Marley has since found success with Young Adult writing and her first two novels were released two weeks ago, writing as Kate Harmon. I'm looking forward to reading it, and will be putting in my order to Amazon now. 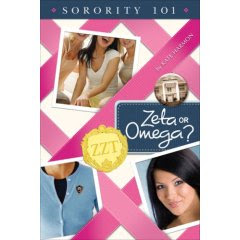 Secondly, my real life friend Roby, who will have three fantasy novels coming out in 2009 with Pan MacMillan. I was there when she got not quite 'the call' but 'the-we're-very-interested-call' and could share directly in the excitement with her. Roby has been generous enough to share her journey with me and the rest of our writers group, including anecdotes from lunches, the pitfalls of editing etc and the full manuscript. Very exciting! 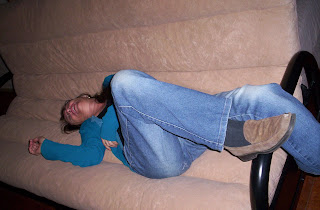 This is Roby, after finding out that Pan MacMillan wanted to speak to her.

Lastly, I became friends with Rachel Charlton/Rhian Cahill when we both did Nanowrimo last year. The novel she wrote during Nano has been requested after a publisher did a surf-by of her blog and read an excerpt of a different novel. How cool is that! So Rach/Rhian has encouraged me to get my work out there:

So I'm out of the writing closet (not that I've exactly been in it). I have a new blog which will focus on writing and excerpts from my work and you can visit it here.


Eventually I will have excerpts all five novel-length stories on the site, plus the occasional collage poem, and featured products from my Cafepress store.


It has been so inspirational sharing in the success of my writing buddies. It shows me that it's not just a far-fetched fantasy that only happens to the lucky ones. It happens to real people. It happens to the people with dedication, perserverance and talent! And I plan to be one of those people. 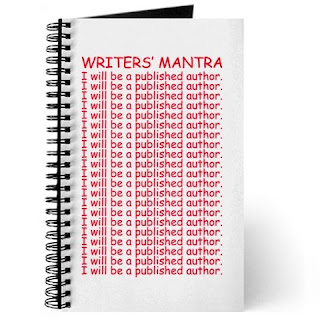 Available in the Writers' Zone in my Cafepress store.

ohh what an inspiring story.. well goodluck with your novels! i read the summaries on the sidebar and lol you have such a creative mind!

i tried to write some stories as well but i always end up only writing the beginning and never finishing any.. *sigh*

goodluck in our battle at botb btw.. :-)